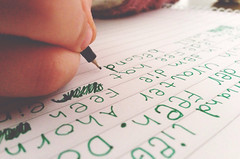 Note: To listen to audio of this post, please use the widget below or visit my Soundcloud page.

In 2014, Jeffrey Tucker wrote an article on Foundation for Economic Education’s website provocatively titled “Don’t Make New Year’s Resolutions.” Alas, for some reason he published it in the middle of summer, missing a marvelous opportunity to make December 31st revelers pause over their champagne flutes and consider the onrushing year. Most of the piece deals with a self-help book written in the early 20th century by one Henry Hazlitt, a volume that showed readers how to fix a deeply held desire in their minds and turn it into an achieved goal. Tucker noted that Hazlitt “advises us not to make vast numbers of resolutions. Make far fewer, and never out of disgust or passion. Resolutions should be realizable and rational, made with careful thought. Never forget that obtaining goals involves giving up easier paths and instead choosing the more difficult route.” According to Hazlitt, the crux of achieving one’s goals involved counting the cost, completely accepting it, and refusing to reconsider a resolution once you’ve settled on it.

The title of Tucker’s essay makes more sense now, doesn’t it? But I’d like to take a little issue with both the article’s tone and content: Resolutions don’t have to be as difficult as it makes them seem. Take the goal of improving your writing, for instance. If 2017 finds you hoping to hone your compositional skills, take heart! I have five simple strategies that will make the words you put on paper seem to sing.

Tip No. 1: Give it room to breathe. How many times have you pounded out an important email only to notice some glaring error after the replies begin to pour in? We’ve all experienced it. Unfortunately, we’re likely experience it again due to the way the human mind works. In an August 9, 2013, article for The Guardian, Yuka Igarashi notes how the mind corrects for errors as you read, skipping over errant repetitions, egregious misspellings, and scrambled word order while still automatically piecing together an author’s intent. It’s an amazing mental feat—and yet it leaves us prone to making howl-worthy mistakes. “This is one part of being an editor that no one much talks about,” Igarashi says. “Sure, you have to know your way around commas and colons. You should have a feel for the nuances of syntax and the rhythm of sentences. You want to be sensitive to a writer’s intentions and a reader’s attentions. But you also need to be able to look at a page without using your brain. Put another way, you need to be able to look at words in a way that goes against everything your brain would naturally do when it looks at words.”

In other words, everyone’s writing is prone to accidental errors, and our minds are made in such a way that it’s distressingly difficult to catch them. Encouraging, huh?

Okay, okay, that’s not the whole story. Massive books, newspaper exposes, and even humble blog posts manage to get published largely error free. What’s the secret? Well, part of it lies in giving a piece a little room to breathe. After you’ve completed a project, step away from it for a while, preferably for a period that’s long enough for you to forget its specifics. You’ll be amazed at how errors leap out at you once familiarity starts to fade. Reading it out loud also helps focus your attention.

Tip No. 2: Scrub out silly errors. Quick: Did those vacationers enjoy their or they’re trip? Is it spelled grammer or grammar? Does that comma go before or after the conjunction? Should your holiday card come from the Johnsons or the Johnson’s? These are simple little linguistic situations, but they trip people up all the time. During my undergraduate studies, I had an literature professor who would bump the grade of any student making a single spelling error down to a C and automatically fail those who flubbed three or more words. His rationale was that there’s no excuse for incorrect spelling in the age of Microsoft Word and Merriam-Webster.com. He was right. Today, though, the downside is more dire. Instead of receiving an unpleasant mark on a paper, we risk being thought stupid and then ignored. So make sure your nouns and pronouns agree. Remember that irregardless isn’t a word. And don’t forget that you couldn’t care less. In other words, memorize a few of the most basic grammatical rules and put them into practice.

Tip No. 3: Push away passive constructions. Even the most intelligent authors sometimes struggle with passive constructions. Rather than jumping straight into the grammar itself, allow me to offer an example with two sentences. Here’s the first: “These are things that many of us struggle with in our current lives, but the good news is that we don’t have to.” Here’s the second: “Many of us struggle with various things in our current lives, but fortunately we don’t have to.” Can you see the difference? The first sentence feels a little floaty, unmoored, adrift. You can thank the passive voice for that. In a nutshell, the passive voice takes the object of an active sentence and uses some form of to be to make it the subject. Note, though, how the second sentence seems more grounded. That’s because it includes two good, solid verbs and a pair of proper subjects. Now I know that diving deep into the Stygian depths of Correct Grammar can drive the well adjusted almost irrevocably mad, so don’t worry too much about this tip. The occasional passive construction is fine. (See what I did there?) But when you find some version of to be in your writing (i.e., is, are, was, were), try replacing it with an active verb. Viola! Your writing now magically has more punch!

Tip No. 4: Vary your sentence structure. Not only do accomplished writers avoid an overabundance of passive constructions, they also know the importance of varying the way in which they write. But don’t take my word for it. Listen to the advice of late author Gary Provost:

This sentence has five words. Here are five more words. Five-word sentences are fine. But several together become monotonous. Listen to what is happening. The writing is getting boring. The sound of it drones. It’s like a stuck record. The ear demands some variety.

Now listen. I vary the sentence length, and I create music. Music. The writing sings. It has a pleasant rhythm, a lilt, a harmony. I use short sentences. And I use sentences of medium length. And sometimes when I am certain the reader is rested, I will engage him with a sentence of considerable length, a sentence that burns with energy and builds with all the impetus of a crescendo, the roll of the drums, the crash of the cymbals—sounds that say listen to this, it is important.

So write with a combination of short, medium, and long sentences. Create a sound that pleases the reader’s ear. Don’t just write words. Write music.

As Provost said, writing that stays in a rut soon start to bore. So don’t settle for the same old sentences. Mix things up. One could spend a lifetime learning the intricacies of the English language, but start with Provost’s advice on length, folding sentences of all sizes into your writing. It’s a simple way to keep readers on their proverbial toes.

Tip No. 5: Take advantage of another’s eyes. Remember my first tip, how I urged you to give a piece room to breathe? Here’s the sad truth I neglected to tell you: It’s probably not going to be enough. Only the most stolid scribes can steel themselves for the bloody work of real revision. Faulkner may have killed his darlings, but most of us only manage a little bruising.

So what’s a writer to do? Enlist the aid of others. In the past, I’ve praised the practice of having someone give your work a thorough thrashing, and I’d like to do so again. The fact of the matter is that disinterested third parties stand a greater chance of sussing out weak spots and outright errors. The text is fresh to them. They lack an emotional connection. And (if you pick the right people) they care about your success more than your feelings. So let a thousand beta readers bloom. Your writing will only be better for it.

In detailing these five tips for improving your writing, I’ve spilled a fair amount of virtual ink. By now you may find yourself thinking, “Well, this seems fine in theory, but I have a job to do. I’m busy. And this sounds like a lot of work.” You’re right, at least in part. So as Hazlitt counseled nearly 100 years ago, count the cost. Examine the benefits. And only then take the plunge. I, for one, think it’s worth it. These five tips really aren’t particularly difficult to implement. Copy comes easier with better compositional habits. And people take notice of prose that pops. Resolve with me to have better writing this year—and every year.